Why is a teddy bear called a ‘teddy bear’? | Blog Post 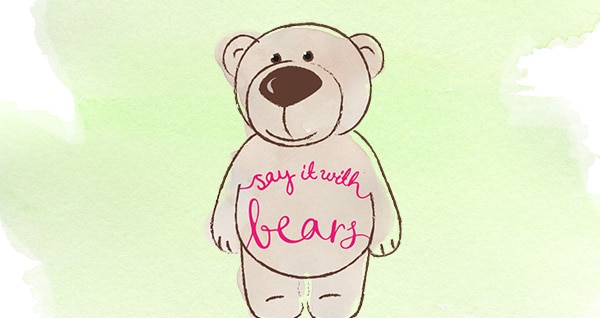 Why is a teddy bear called a ‘teddy bear’? | Blog Post

The words ‘teddy bear’ summons up warm feelings of nostalgic childhood memories. Perhaps your childhood teddy is safely stored within a keepsake box, or maybe it lives forever in your memories. Either way, these words are used worldwide.

However have you ever stopped to think why they are called a teddy bear?

While the teddy bear name is popular in the United Kingdom, interestingly, the name originated in the United States, in honour of President Theodore Roosevelt in 1902.

The president was nicknamed “Teddy” and was renowned for being a big game hunter. During a bear-hunting trip in Mississippi, the U.S. president was one of the only men who had not yet located a bear. In response, a cavalryman located and cornered a black bear, and tied it to a nearby willow tree.

The hunting group summoned Roosevelt and offer him the captured bear to shoot. Roosevelt declared this behaviour “unsportsmanlike” and refused.

News of his refusal spread far and wide across the county. A political cartoonist created a light-hearted satire cartoon of the president’s hunting expedition, which was published in the Washington Post on the 16th of November 1902.

As fate would have it, Morris Michtom, a Brooklyn candy shop owner, saw the cartoon in the newspaper and was inspired to create a stuffed toy in the shape of a bear cub.

He placed the toy bear in his candy shop window with a sign that read “Teddy’s bear”. Michtom gifted a teddy bear to Roosevelt and received permission from the president to use his name with the soft toy. Not surprisingly, in a short space of time, Teddy’s bears grew in popularity. Ultimately they became mass-produced to keep up with the increasing demand across the country.

Funny how one fateful day over 100 years ago changed the course of history for toys across the world. Today, the teddy bear is still a beloved icon that brings joy and happiness to both children and adults alike.

Say it with bears started in 2004 when the first custom personalised teddy bear was made.

You can still place orders online: BUT any orders placed between the 15th and the 17th of August will be shipped once we are back.