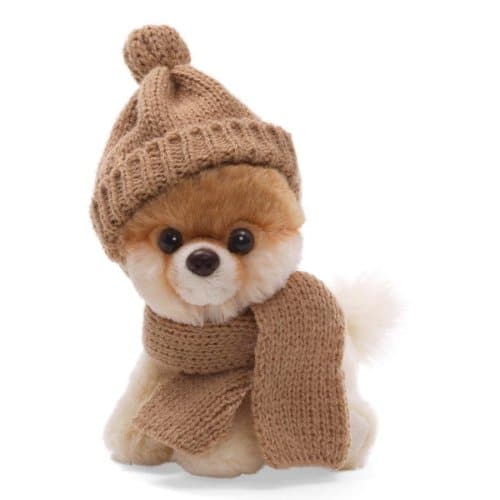 Boo the dog has nearly twenty million fans and a book deal. But Boo isn’t a reality TV star, actor or a pop singer – he’s a pet dog.

The cute little Pomeranian has the fame most celebrities can only dream of after amassing  over 20 million fans on social networking site Facebook.

And Boo is also a hit with the ladies. He attracted the attention of Hollywood stars including Khloe Kardashian, who posted a picture of the dog on her blog last year and singer Kesha, who Tweeted that Boo was ‘her new boyfriend.’

Since then, Boo’s Facebook page, launched in 2009, has gone viral, receiving thousands of new fans a day.

Boo now has 2 books about his life as a dog, has appeared on numerous t.v programmes and has helped to raise lots of money for charities.

The cuddly soft toy Boo from toy manufacturers Gund is on so many Christmas lists this year as he too grows in popularity every day as more and more people want their very own Boo the dog! He comes in a variety of outfits including a Santa Boo outfit and a Reindeer Boo Outfit. Also just arrived is Itty Bitty Boo a mini version of Boo available in some of Boo’s favourite outfits.